Who'd Have Thought It Me in a Cable Car in Madeira

We took a slow meander past all the pretty cafes (we were tempted to stop and watch the world go by but if time allowed we would do that on the way back)  and finally arrived at the departure station which is situated at the park Almirante Reis.

I was comforted to see how clean, modern and safe it looked!

We joined the queue, but these cable cars are efficiently run and there was not much waiting to be done! 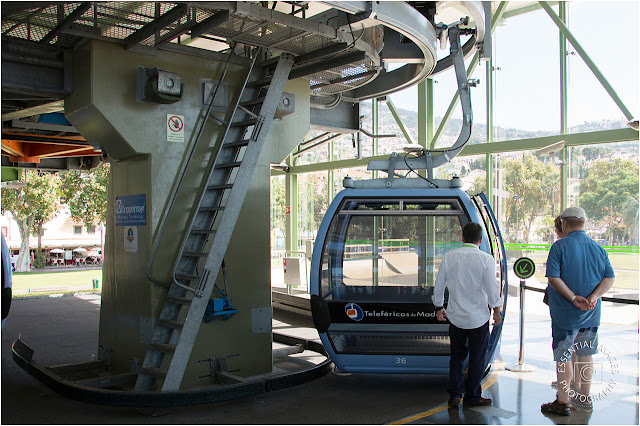 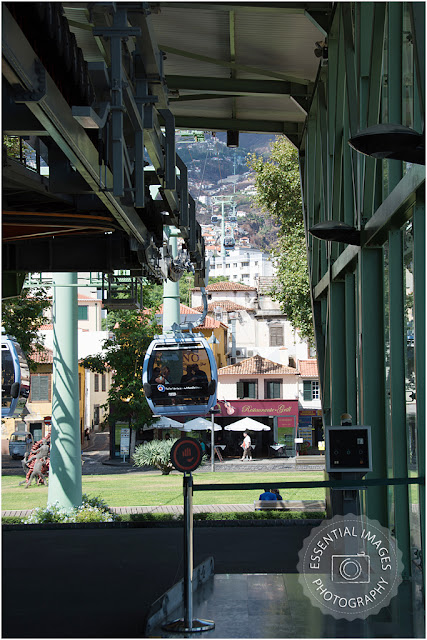 Up, up and away, but not in our beautiful balloon, in our cable car. 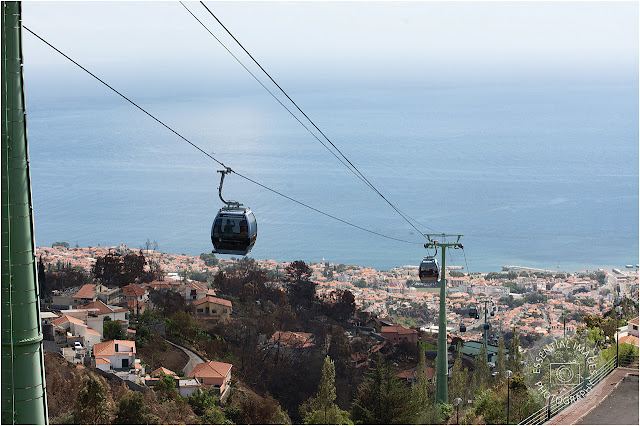 This is truly the most amazing experience.  I am not one for being brave in any way shape or form, but this cable car ride is incredible and you never feel unsafe and, coming from me that's saying something!

See below a very smiley me! 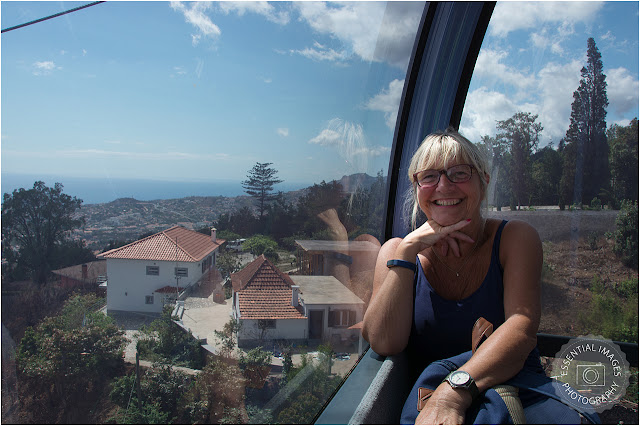 But then it was tinged with sadness. 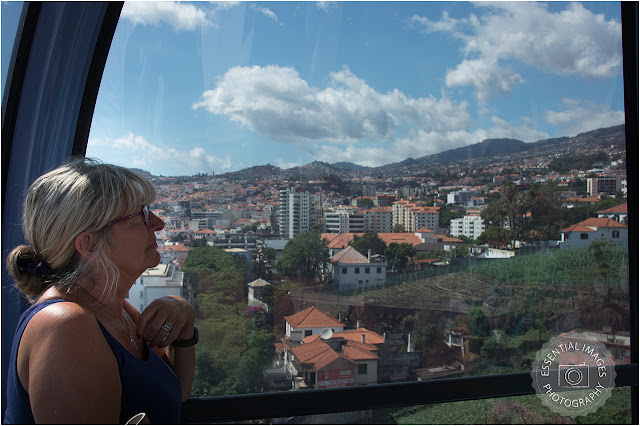 We just couldn't believe it.  We were totally shocked by the devastation of the fires in Madeira. 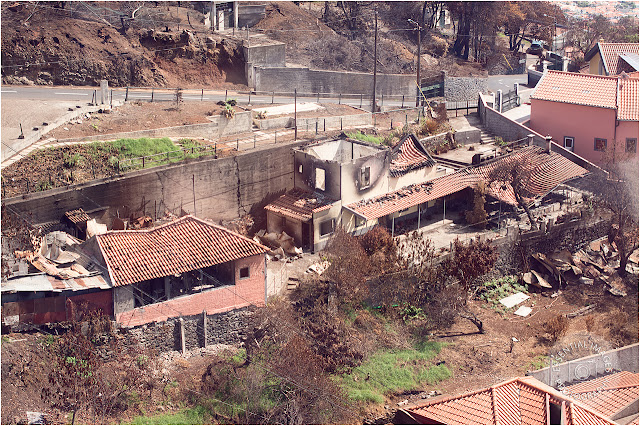 It was quite surreal that some homes had totally disappeared, yet some seemed to have escaped any fire damage at all.

It is said that Madeira's very own world class footballer, Cristiano Ronaldo has donated thousands of pounds to help the people of Madeira who have been affected by the fires. 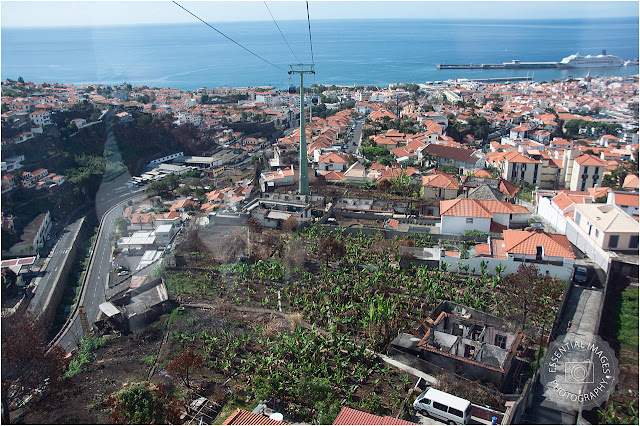 As you can see Funchal is a popular destination for the cruise ships. 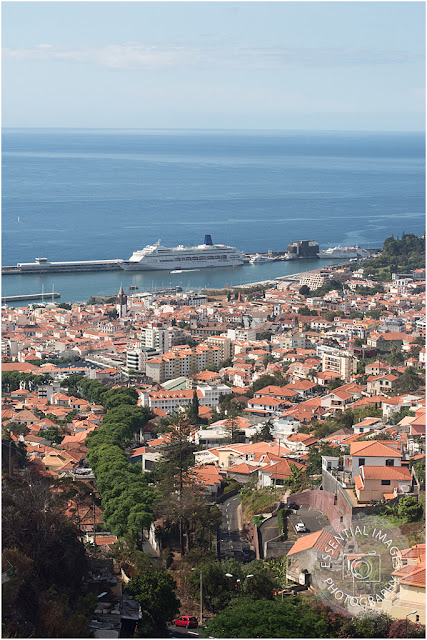 At the beginning of the 20th Century here was a steam train.  It would take the Tourists up the Monte hills.
Now replaced by a modern and the most amazing cable car ride with views as far as the eye can see.

And who'd have thought it indeed that I would go in a cable car ride!

Stay with us on this trip for the surprise at the top. 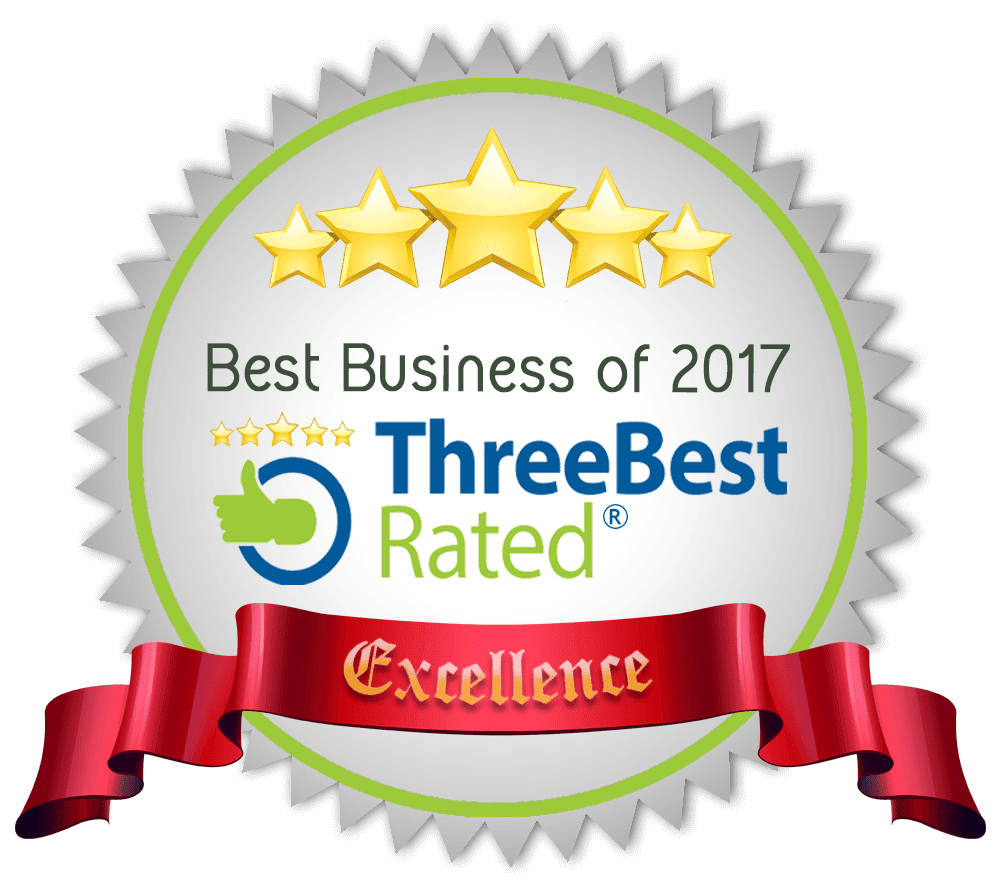 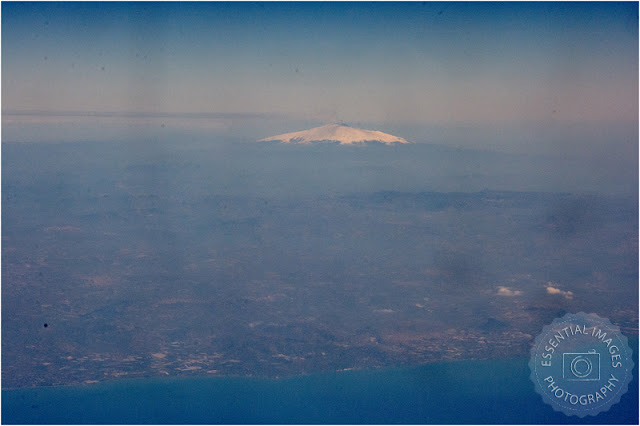 A bit about me